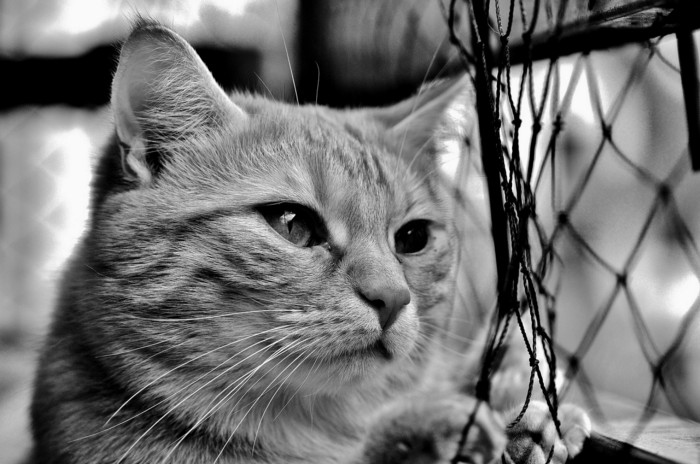 This cat is sad because it’s shell didn’t pop…

This is part of a series of articles meant to guide newcomers and professionals alike on important security topics, and sometimes questions from certifications like CEH will be used as the initial instigator to the article. Topics vary from the very basic to the really advanced stuff.

We are in no way associated with EC Council or any other group or company, and the only purpose of this series is to sum up our study group learnings.

CEH presents us with this question:

What is the outcome of this command:

d) Netcat will listen on port 2222 and then output anything received to local interface 10.1.0.43

Netcat, or nc is a small utility used for reading from and writing to network connections using TCP or UDP.

It can be used for port scanning, file transfers, port listening and specially as a backdoor.

On the CEH question, nc is used twice in two separate commands, so let’s first dissect the command line presented by adding parentheses to differentiate each part.

This is pretty straightforward. If we check the nc manpage, we’ll see that it’s basic syntax is

So, in this case, we simply apply the syntax to our command and we get:

nc: the command itself

What this means is that nc will take anything it receives on the stdin and will send it to port 1234 of the host 10.1.0.43. By default, netcat uses TCP unless -u is specified, so the server will receive the payload on the port 1234/TCP.

Finally, for the command on the left, we can again lookup the netcat manual or we can use explainshell.com to get a nicer view of what is going on.

The first option is -l. What this does is put netcat into the listening mode, meaning it will wait for connections on a specific port and will output whatever it receives. The port in this case is 2222, as specified as an argument to -p.

For a server to be able to do anything relevant with a packet received on any port, it needs a program listening on that port, that is, a program that is actively waiting for something to arrive. In this case, this program in nc.

To sum up, what the command line is doing is setting nc to listen on port 2222/TCP (remember, TCP is the default) and sending anything it receives on that port to a different connection to the server 10.1.0.43 on port 1234/TCP.

We have all the parts dissected, so now it’s easy to answer the question. The answer is B.

What if we wanted to exfiltrate the content /etc/passwd to a server we have setup before (let’s call it cnc.hyades.io) that is listening on port 666/UDP?

It’s simple, we just do:

Can you see the possibilities? ;)

Also, as previously mentioned, it’s possible to use netcat as a backdoor. We’ll discuss this in another article.